This question comes from my girlfriend Marika's grandfather, who studied physics in his youth: What shape does the moon trace as the Earth orbits the Sun?

The 'R's are the radii of the Earth's and Moon's orbits, and the 'T's are the time each takes to complete a circuit.  This type of curve is called an epitrochoid, and can take on some interesting shapes: 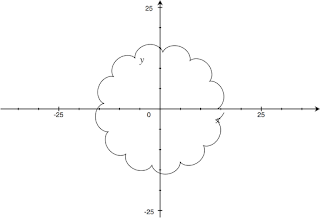 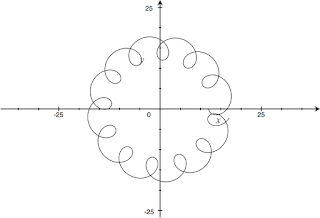 The general form for this type of curve is

We can relate this to the earlier equations with 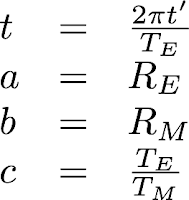 The site I linked above states that there will be loops if b > a/c, so let's plug in some values (from Wikipedia):

Nowhere close, a result borne out by the plot: 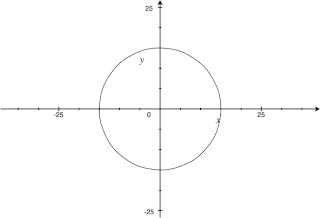 If you look carefully, you can see that's not quite circular, but it's awfully close.  Thanks for a great question, George!


[Edit: If you're curious about the b > a/c condition, you can think of it this way – There will be a loop anytime the Moon is moving backwards faster than the Earth is moving forwards.  The speed of each is given by 2πR/T, and if you plug in the R and T relations for a, b, and c, you'll see that's exactly what b > a/c means.]

After an exceptionally long break, I'm back again!  It turned out the combination of coursework and cancer recovery were too much to handle on their own, let alone continuing with this blog.  I took a break from my program for a year and a half to work for a private company, then came back and finished up classes and exams.  I'm now doing full-time research with my advisor Keith Riles, studying gravitational waves using LIGO.  This summer, I participated in a seminar called RELATE – Researchers Expanding Lay-Audience Teaching and Engagement.  The program culminated in recording a short video summarizing our research, which I decided would be a great way to bring back this blog.  Take a look:

As always, questions are welcome!  I'm hoping to be back here about once a week; in the years I've been away, I've kept a list of potential topics, but I can always use more suggestions.
Posted by Orion at 5:02 AM No comments: